Author: Yuan Zheng
Open a larger version of the following image in a popup:
Share

A: There were many Buddhist and Daoist temples and monasteries in Northern Shaanxi. Some of them were ancient, some were newly built. My father was an artist who made murals and archways for those places, which had a significant impact on me during my formative years. During that period, I received training in making traditional Chinese paintings. My love for murals and lineworks were also influenced by this experience.


A: My BA was in literature and my MA in communication. After graduation, I worked in media for a long time—television, online, magazines, publishing houses. At the time, I also wrote a lot as a hobby, but I never wanted to get published. I never thought of being a professional artist when I was working other jobs. Painting provided relief from my fast-paced media job. Eventually, I chose painting because of my love for it.

A: I select the passages after I have finished the drawing. I love reading them and am moved by their content and rhythm, which goes well with the tranquility that the paintings evoke. Though the calligraphic inscriptions and the drawing are presented independently in my work, I also hope that they can have subtle connections.


A: As artists, we definitely influence each other. However, in terms of techniques, there are still big differences. 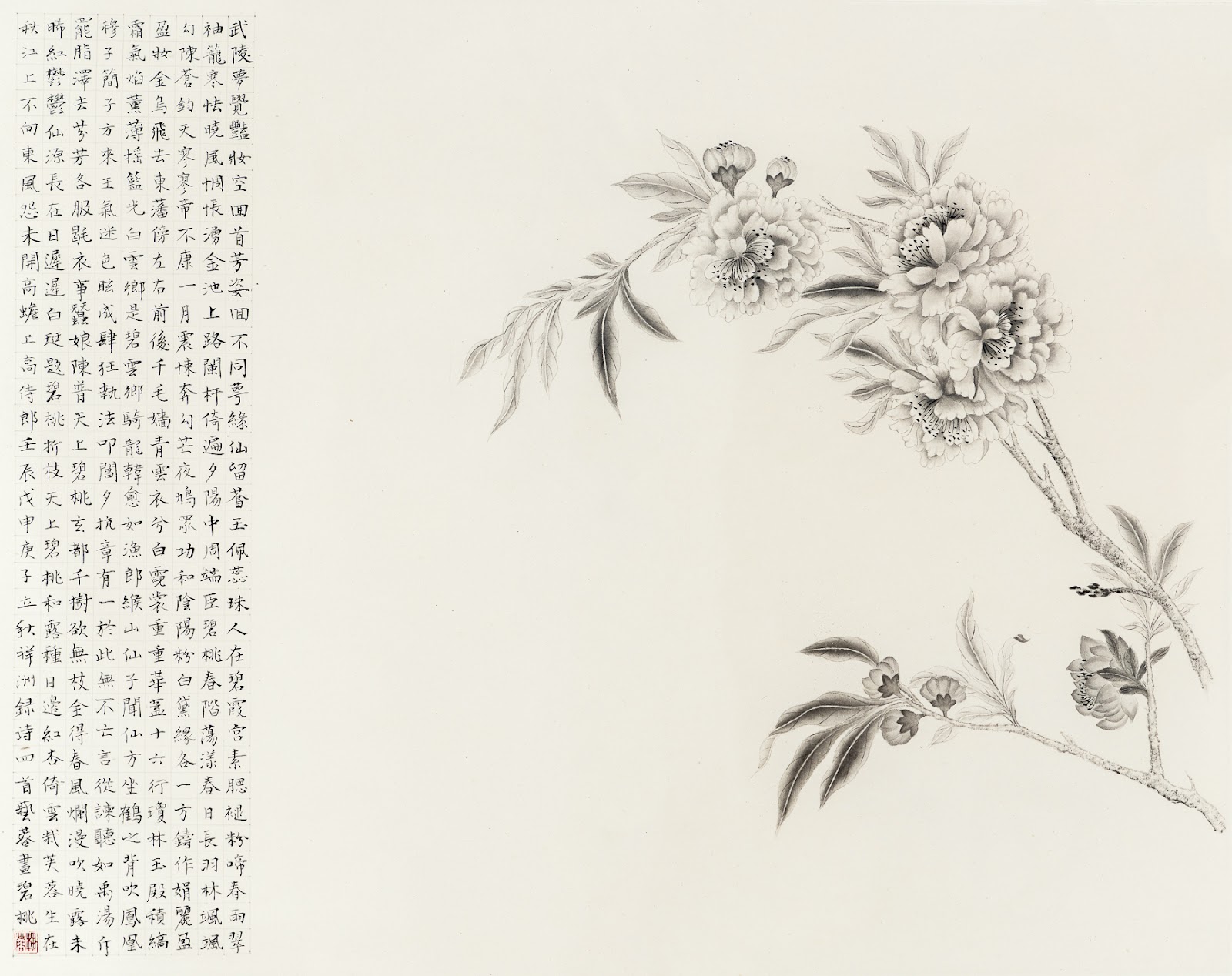 A: Everything has its own seasons. Following the laws of nature, flowers bloom as the season comes, without any inhibition. There is an innate instinct to follow nature. For me, painting is pure instinct. Like flowers blooming naturally when the season comes, without any need for rules or concealment, painting is a pure and uncomplicated art. One has to empty one’s mind— to remove and forget— in order to make the purest work. If the viewer feels something from looking at my work, that is perhaps a kind of heartfelt resonance. At the same time, flowers and butterflies make up the majority of my “Qi Yuan” (Jetavana) series. Gautama Buddha taught at Jetavana. Besides the three-thousand disciples of the Buddha, everything in Jetavana, including the flowers and plants, had Buddha-nature. The depiction of these elements also evokes a certain peacefulness that could lead to samadhi. 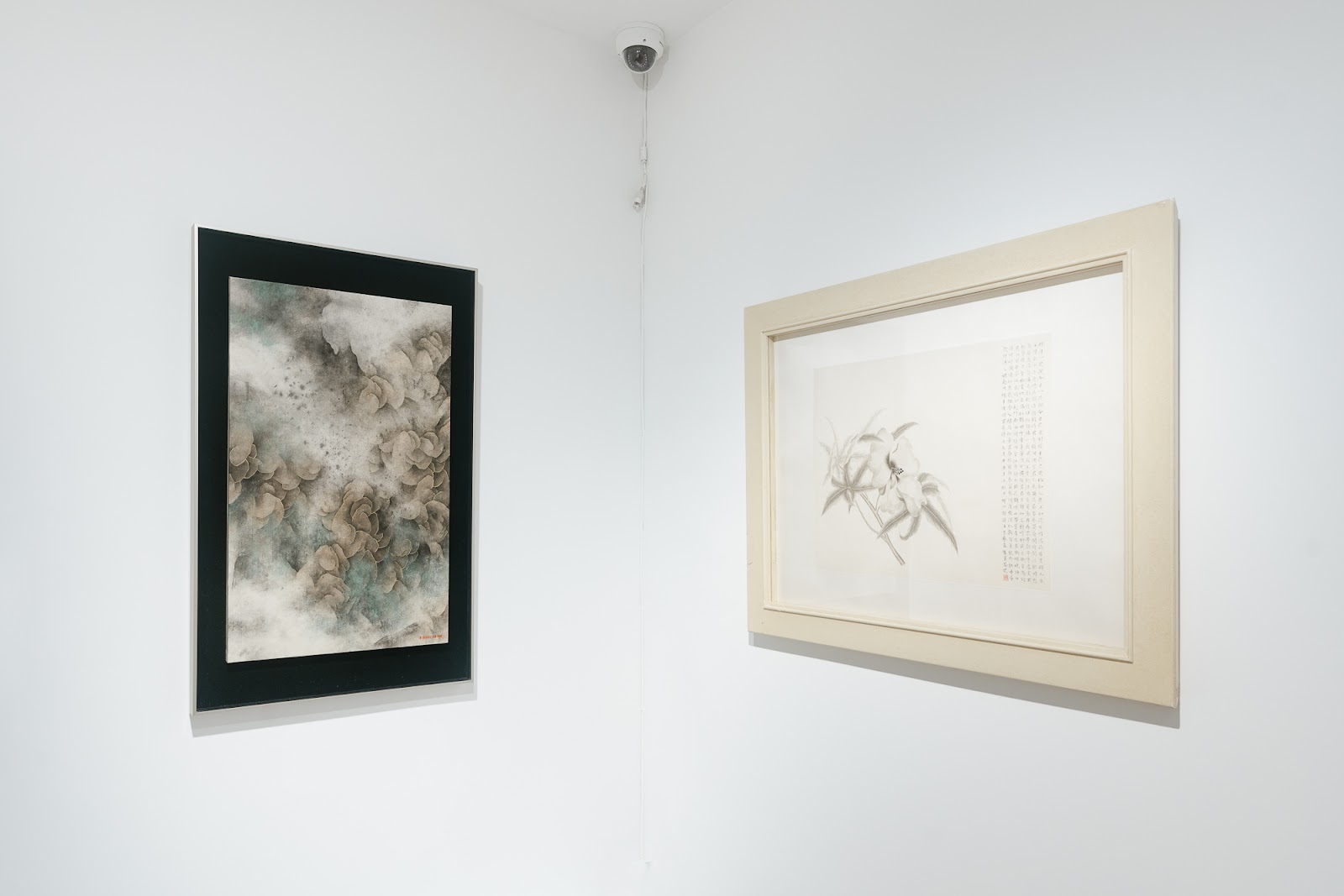 A:  As a practitioner of Buddhism, the philosophy and principles behind artistic creations are the same [as that of Buddhism]: to leave behind the material world in order to enter into the purity of the mental world. Through my intricate depictions, I want my viewers to be immersed in a state of peacefulness. When I create, I am in a state of oblivion, and I hope my viewers can be in a similar state when they look at my creations. 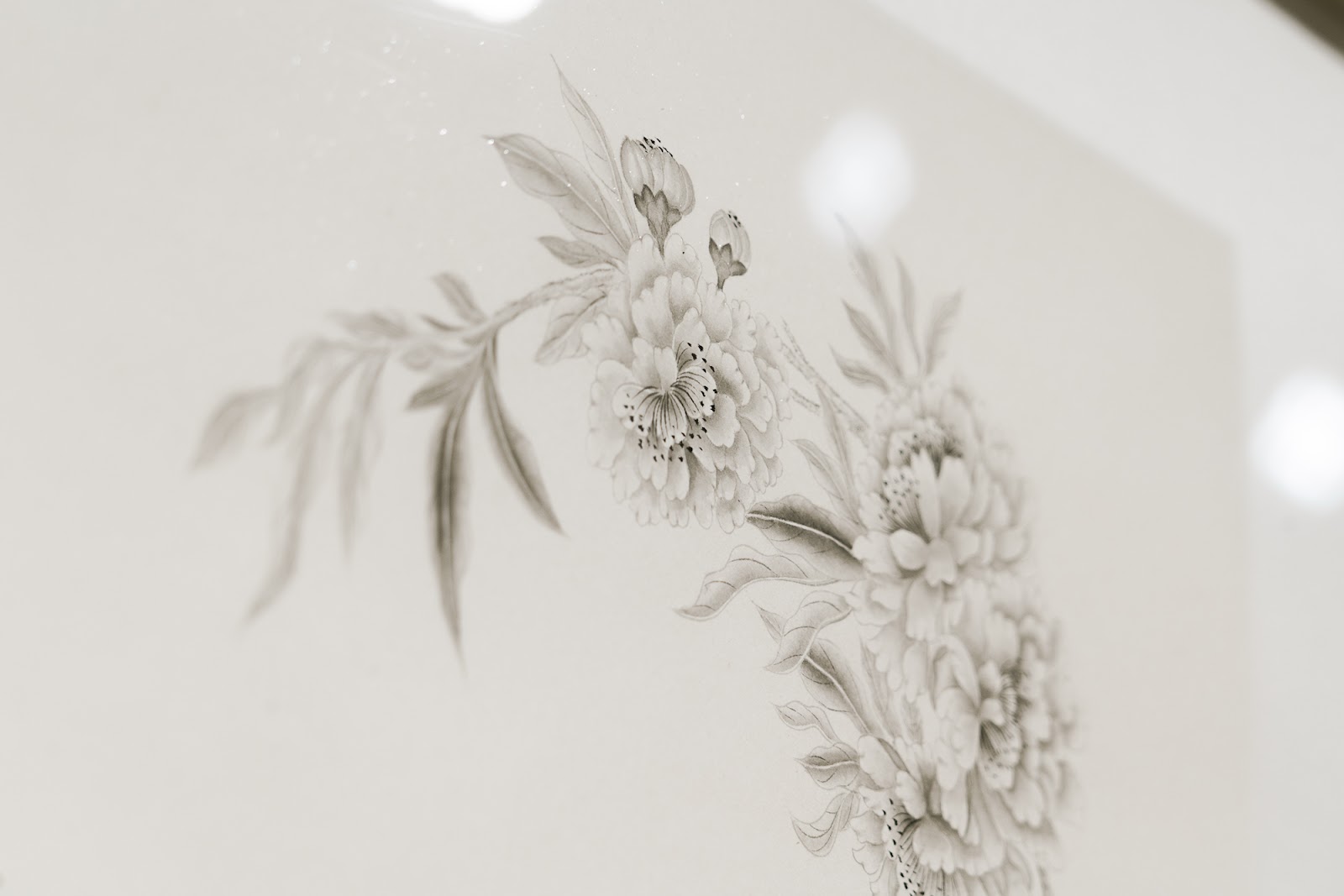 A: At the end of the day, Chinese painting is about yijing (意境), which is a uniquely Chinese criterion for judging art and literature. To explore beyond the limit of visual representation and to incorporate the immaterial, in order to expand one’s imagination and experience the unexpected beauty of the “endless yijing”—these are uniquely Chinese understandings that can only be experienced within the realm of traditional Chinese culture. In terms of artistic lineage, one must have an understanding of traditional Chinese philosophy, aesthetics, and culture. Creation and appreciation are both communications of the mind. 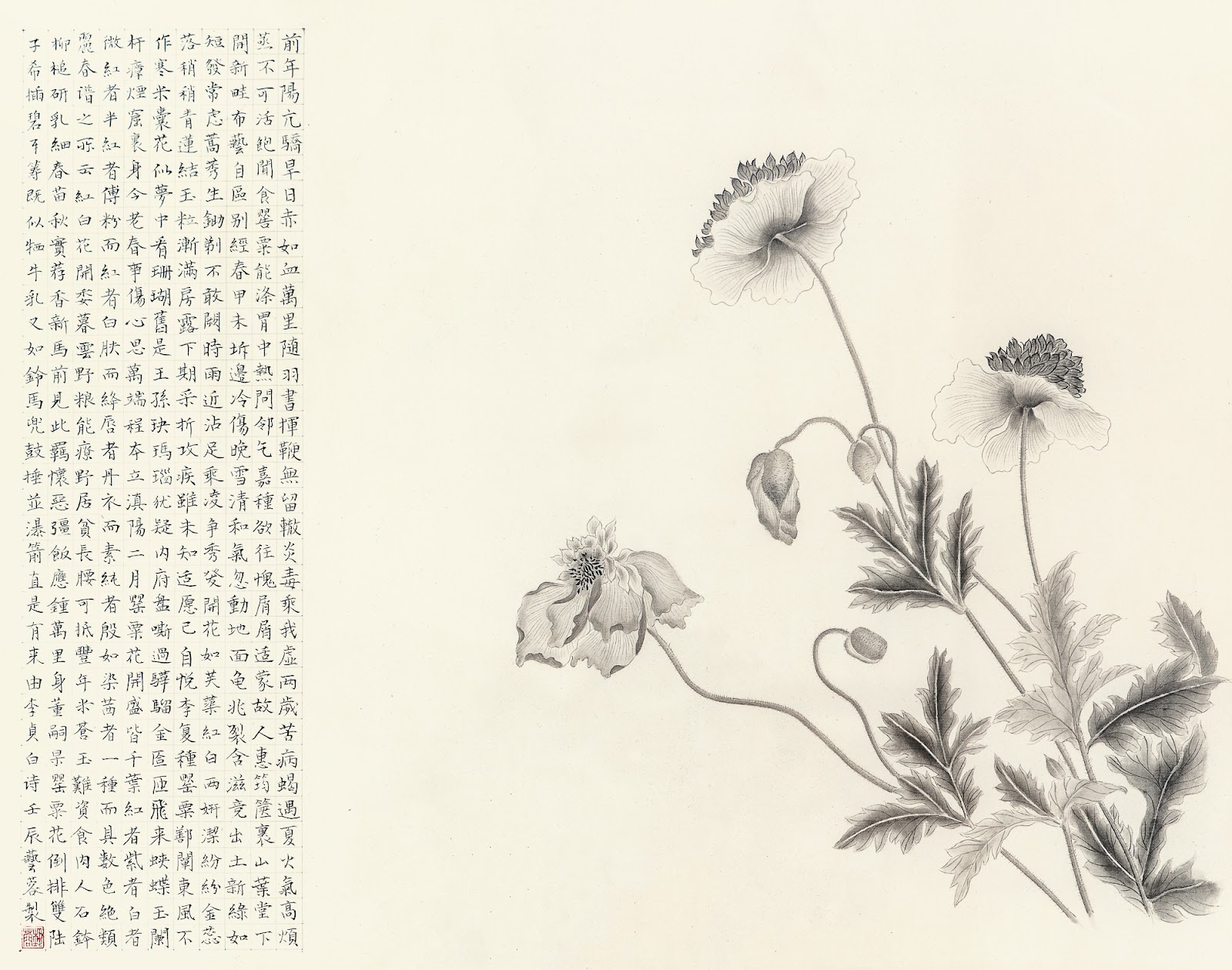 A: Guo Ruo Xu once said: “One’s character determines the level of achievement of one’s art.” In the history of Chinese paintings, celebrated artists were all invested in self-cultivation in several ways. Firstly, they all paid close attention to personal character; without a good character, there would be no principle in using ink. Secondly, one must travel widely and read extensively, which inspires new ideas and opens one’s mind. Thirdly, one learns from tradition by looking at the wonders of previous generations. These comments are still relevant today, especially with the convenience of modern transportation and publishing.

Besides these points, my personal understandings are: 1. The artist has to practice and develop their spirituality, which gives the work a certain power that is capable of touching one’s soul. It requires one’s practice to be at a certain level, so the artist can imbue the work with the power of an empty mind. From this perspective, the level [of one’s spiritual development] will certainly be reflected in one’s work. 2. Absolute skills have the ability to transcend. If the skill reaches a certain level, the artist does not have to convey their emotions in the work; the goal is to remove the self from the work in order to achieve the purest techniques that are able to move the audience. 3. “To leave worldly matters behind” does not necessitate “purity,” but this is a matter of practice, which cannot be easily explained. To avoid confusion, I will not get into the details. 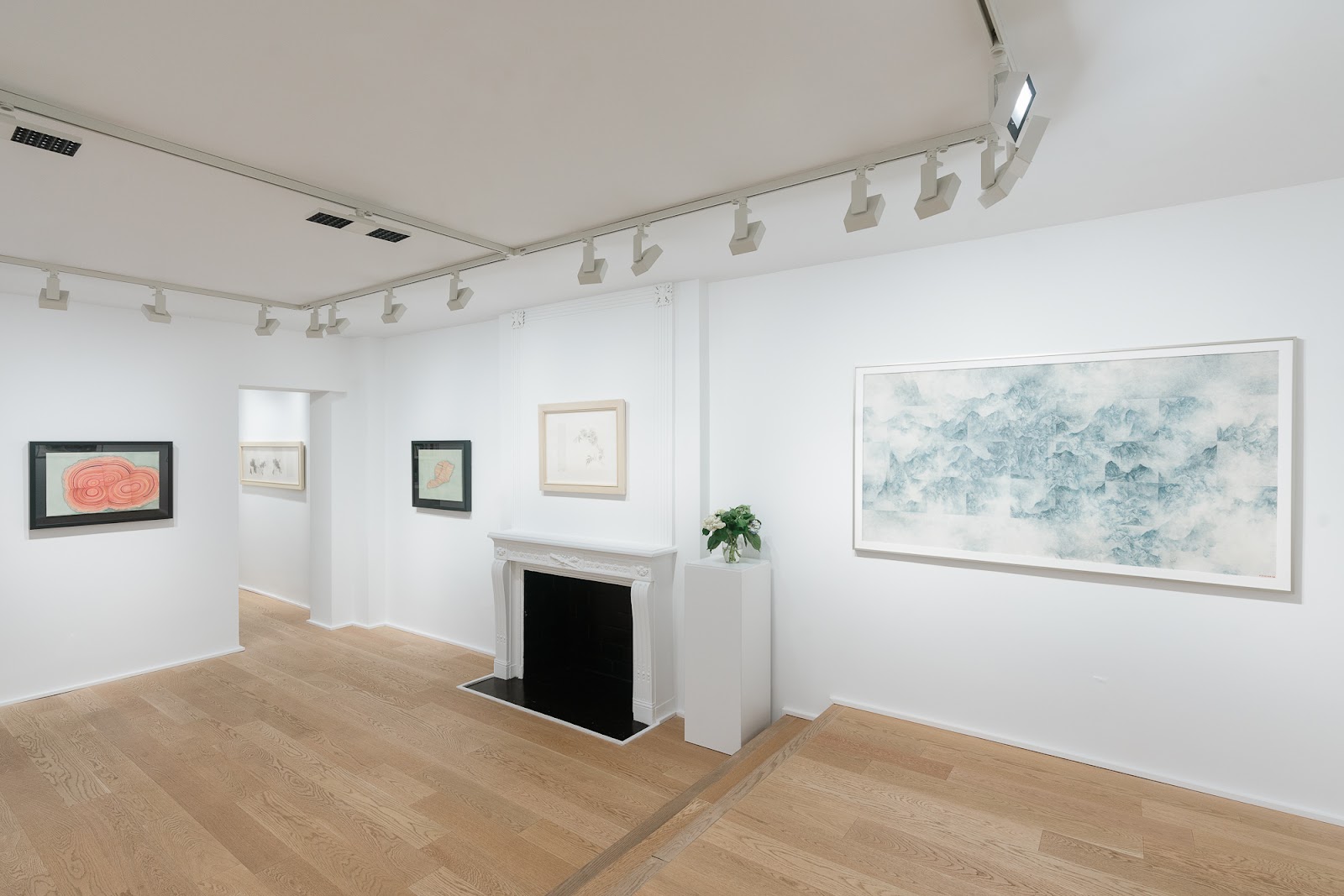