Brooklyn Museum
Open a larger version of the following image in a popup:
Share

Brooklyn Museum has a long tradition of collecting Chinese art. Since 1909, when the museum received its first gift of a group of Chinese works of art, it has amassed a collection that reveals the diversity of Chinese art and culture. In recent years, it began to focus on late 20th-and 21st-century Chinese ink painting and sculpture, reaffirming the Museum’s commitment to presenting the innovations and adaptation that has historically been an integral part of Chinese art. Fung Ming Chip’s Song of the Nightwalker, Time Script (2012), along with two of his seals from the Museum’s permanent collection, were selected by curator Susan Beningson as examples of just such innovations and adaptations of traditional arts. 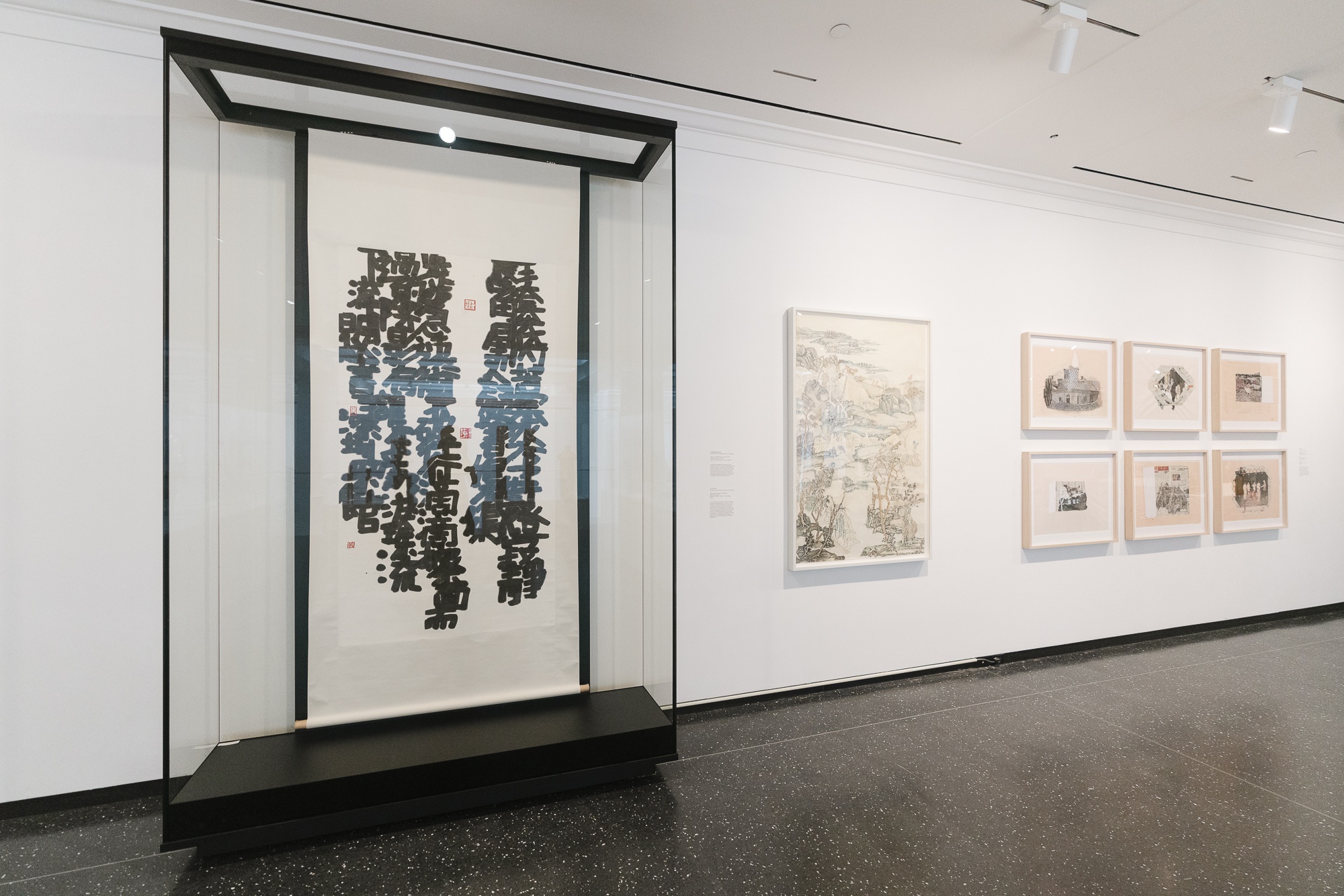 Calligraphy as a record of the movement of ink and brush on a two-dimensional surface in time comprises two fundamental aspects: time and space. By following the classical laws of calligraphy, traditional artists were able to synthesize the aspects associated with the concept of time, such as movement, sequence, and ink viscosities, with elements associated with the idea of space, such as form, structure, and expressions.

In addition to Fung’s calligraphy, the exhibition also includes two seals carved by the artist. Seal A, in the shape of a gourd, reads “拾一丈”, or “Outside the bustling place.” Seal D reads “生人勿近,” or “Alien don’t come close.” Both seals show the artist’s unconventional approach to carving seals, either in terms of a unique shape, such as a gourd in the case of Seal A, or in terms of innovative composition and the characters’ relation to the boundaries, as seen in Seal D.

Fung Ming Chip’s “time script” is a prime example of the contemporary attempts at rethinking the element of time within the art of calligraphy. When writing on rice paper, the nature of the material determines that the initial ink marks cannot be covered up by the subsequent layers of ink. The sequence of the stokes applied can thus be deduced from the varied tones of the ink. This quality allows the artist to foreground the temporality of calligraphy, thereby deconstructing the principles of classical calligraphic practices and freeing them from the constraints of the traditional laws of aesthetics.


Founded in 1895, The Brooklyn Museum is an art museum located in New York’s borough of Brooklyn. The museum is New York City's second largest and holds an art collection with roughly 500,000 objects.